A thin young man, almost a boy, barely in his early twenties, wearing dark-colored flared bottom pants, white dotted shirt, sleeves folded near the elbows, a belt encompassing his upper body hinting a guitar behind his back, arms loosely resting on a huge helmet. Perched casually on a 1970’s black bullet, the young man promulgated ease and charm and a smile that I have grown up with.

I’ve never seen him calm and content. Burdening a young boy of 22 to feed a family of 13 members is not a small feat. The strong easy shoulders ready to crumble with the herculean task, the boy transformed into a man very early. Putting his dreams aside, he fought his race with radical ideas and a stubborn belief in his disparagement. With an acute eye for all the good things in life, he would never use anything second handed. He wants the best or nothing at all. Squashing away his desires, the prodigal son, blessed (or shall I say, cursed) with this immeasurable amount of love, trust and sensitivity, failed. Failed to make it big in society’s conventional ways. No money, no fancy cars, no castles, no big dowry to give his daughters away…. he has done nothing at all, or so ‘they’ think.

I am his first-born, his Golden kid. The kid who followed him in awe and wonder. The man got me dairy milk n five stars in cartons and spoilt me with tender loving care. I have memories of him smoking like a chimney, surrounded by copious number of newspapers, magazines and books. My love for the written started from there. The equation which both of us share is not to be belittled in written words. I grew up adoring him and accepting his volatile temper tantrums as a fish to water. The man, strived hard to give his kids the best he could afford and provide. The pain evident when he saw his girls struggle for small necessities. He the ever vocal, would always praise and glorify his ordinary girls, making us believers of the incredible stupendous faith he harbored.

Attending his kids monthly PTM, was a different high for him. Small praise from the teacher was glorified enough to embarrass the hell out of us. His incessant admiration in front of young mindless mean peers found us squirming and literally running to hide our much abashed and annoyed countenance. I hated PTMs.

Genially smiling he would meet my friends and foes with equal ease. Small talk, innumerable curious questions, poor, not even remotely funny jokes, was his tactic to get to know his kid’s friends better. Always watched our back even when we thought the gaze and intent is elsewhere. My girl friends all loved him. what a cool dad! He is so sweet! blah blah…. but the guys have a different story to tell.
Father gave the boys such cold stares and hard semblance, that my once friend now husband, always got the shivers to come to my place. Blamed it on “cold vibes” the father gives. 🙂 But when this same Siberian man, laid his icy hand on stiff shoulders of the boy who dared to ask his precious child’s hand in marriage, the glaciers melted. Though the boy was met with a frigid false veil earlier, was welcomed now into huge warm outspread arms sealing the conjunction forever.

Once engaged, Numerous gossips and balderdash reached my fathers ears. But the magnanimity of the man became more evident when such news was prohibited from reaching me. His concern was, I would not bear to hear the babble twisted by knaves to make a trap for fools. Now after years, when small tit bits reach me, I am bewildered and awed that my parents heard the nonsense but still had such profound faith in me. The gesture leaves me weak, and the respect and love for them magnifies. Ironically, my concern was .. they had to face such wasted malicious prattle. This single act inspires me to trust and have faith in my kid and in myself.

Husband and father are two antithetic entities of nature and in my case, in attributes and constitution. Unintentionally, Father made me sensitive, abstract, dreamy, imaginative, though loving and capable of immense joy and extreme pathos. The husband in contrast proved to be more practical, realistic and quite a hard nut to crack.
With dad, every small incident was dissected, discussed and scrutinized with the precision of a watch repairer, but “Shit happens” attitude of husband was an eye opener for me. You meet bad people, they do bad things to you, you fail, you fall… so what?… Get up, get going, and no, I am not going to cry with you… was, truthfully, a painful first for me.
Pampered with worried faces, anguished concerns, soft reassurances healing bruised hearts and egos, was my childhood. A pragmatic approach to life’s twists and turns was put forth by this new person. It was a refreshingly alternate aspect of viewing life. It made me pout less, and in some eerie way made me in charge of my own karma. The reins were in my hands.. what all could not I do with the magnificent chetaks of my mind.

Though varied in inherent constitution and temperament, the two men get along just fine. Respecting each other’s aspect and upbringing, they humor and indulge each other. Father’s innate curiosity about new technology, the ipads/tabs, the phones, Steve Jobs all have ready promising interested answers from my geeky husband. Gently teasing each other, cracking harmless jokes and making conversation out of mundane matters is an evening well spent for the two.

Once in those surprisingly fleeting soft moments, the husband wistfully remarks, if twenty years down the line, his daughter pines even half the measure of what I do for my father then he would consider his job well done.
The unapparent acknowledgment makes daddy’s little girl smile. 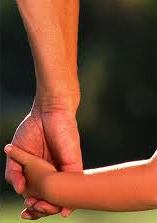 “He opened the jar of pickles when no one else could. He was the only one in the house who wasn’t afraid to go into the basement by himself. He cut himself shaving, but no one kissed it or got excited about it. It was understood when it rained, he got the car and brought it around to the door. When anyone was sick, he went out to get the prescription filled. He took lots of pictures… but he was never in them.” – Erma Bombeck